In a five week time span in our house, 4 out of 5 of us celebrate birthdays. Wow. Here’s how we celebrated this Spring!

Vivian Turned FIVE
Viv was up first. We took her out to dinner, showered her with presents and balloons, spent the day at SeaWorld, and sang to her. I baked a cake to eat at home and then I made 70 cake pops for her to take to preschool (well, only 45 went to preschool). Whew…and we were just getting started. 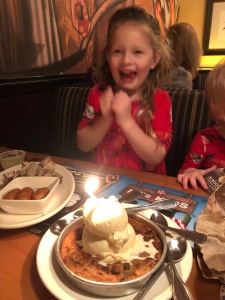 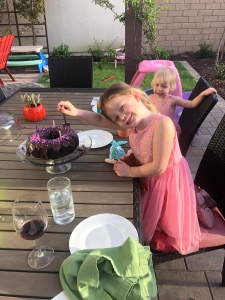 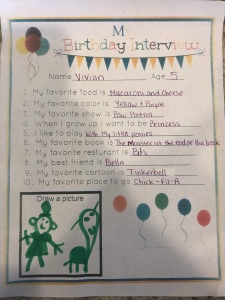 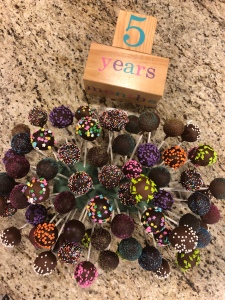 At five years old, Vivian is smart, emotional, active, loving, and sweet. She can play pretend by herself for hours, but she also plays well with Lillian. She’s a great big sister to both Lillian and William. She loves snuggling, princesses, movies, and going to fun places. She’s a very good swimmer, remembers information (but not instructions) well, and is very social. We love her more than anything ever and always will no matter what (that’s our mantra that we repeat to each kid).

William Turned ONE
William’s birthday followed Viv’s exactly one week later. Since he had no idea that it was his birthday, his celebrations were a bit more subdued. We still showered him with presents (although, I don’t think that we actually bought him anything; all of his gifts were from relatives) and balloons and sang to him. I baked cupcakes to eat at home. 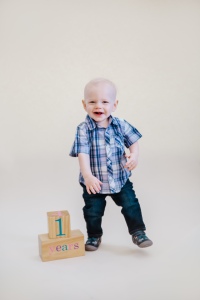 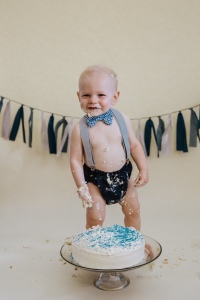 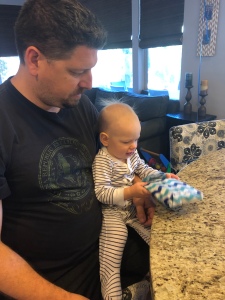 At one year old, William is smiley (still), a Mama’s boy, and an amazing eater (he eats everything and lots of it!). He is an excellent walker, jabbers (but doesn’t say words), and dances (favorite song: Baby Shark). He’s in a needy phase right now, but he is still a baby, so we allow it:-). He has three teeth, sleeps through the night, loves dogs, and sucks his fingers and twirls his hair for comfort. We (especially me) are completely and utterly obsessed with him and 100% ga-ga over him. We love him more than anything ever and always will no matter what.

Dan Turned…Well, He’s Still in His “Mid-Thirties”
This section is intentionally left blank.

[Poor Dan had zero birthday celebrations, sans a dinner date that we went on a few weeks after his birthday. William and I were in Ohio on his birthday and he was trying to stay afloat working and taking care of the girls in California. Technically, his Dad and my Mom were at our house on his birthday, so he did get to spend the evening with family, but there wasn’t any cake, presents, or singing. His birthday was similar to mine last year (except that I remembered his;-)). Getting older is boring.]

Lillian Turned THREE
Finally, exactly five weeks after Viv’s birthday, we went out with a bang and celebrated Lil’s birthday. We took her out to dinner, showered her with presents and balloons, spent the day at Disneyland, and sang to her. I baked a cake to eat at home.

Birthday Balloons (and a New Ziggle!) 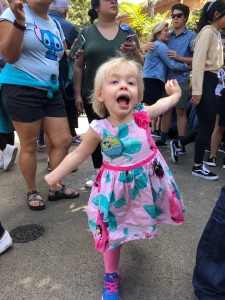 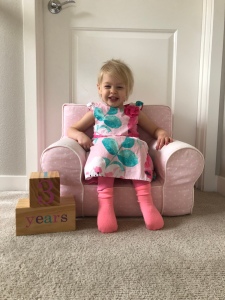 At three years old, Lillian is silly, sweet, feisty, and active. She loves snuggling, her thumb, her Daddy (she’s a huge Daddy’s Girl), and playing with Vivian. She’s our homebody, our “spicy enchilada,” and a classic middle child. She loves movies, food, dresses (just like her big sister, of course), princesses, and dancing. We love her more than anything ever and always will no matter what.

MORE Celebrations
As if everything above wasn’t celebratory enough, we also did two other special things during this time period to add to the birthday fun – seeing PAW Patrol Live! at the Dolby Theatre in Hollywood and hosting a huge (there were 48 kids in attendance) joint birthday party at Pump It Up for all three kids. 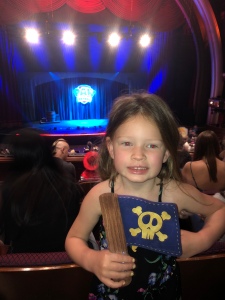 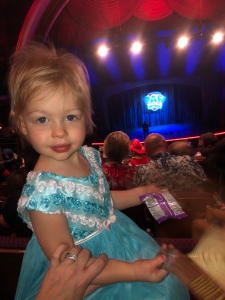 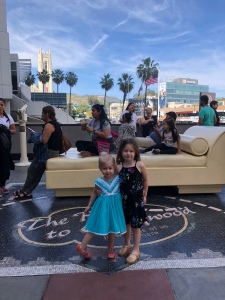 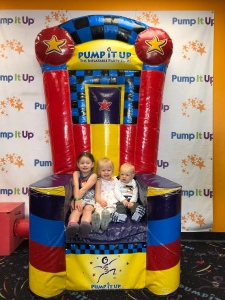 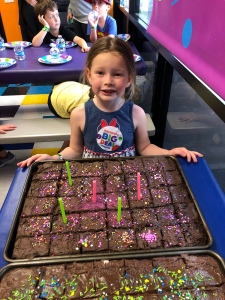 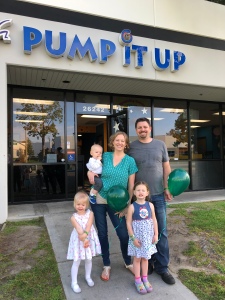 And…that’s a wrap. We dearly love all of our children and love celebrating them (you know there’s a “but” after that). There are a million emotions surrounding kids’ birthdays. Physically, mentally, and emotionally – we are tired. It’s a lot to squeeze in in five weeks, but maybe it’s good to bang them all out at once – we sure do have fun with them all and then we’re done with them for an entire year (my birthday in August doesn’t count).