Since I first met my husband, in summer 2009, he/we have been working on home improvement projects in his/our townhome. Here is the list of projects that we completed before getting married and moving in together:

Since we got married, we’ve accomplished the following DIY projects:

I think I’ll stop there… There are a lot more projects that we’d like to do, but we have to draw a line somewhere. We want to be comfortable in our home and we want it to be nice and enjoyable to live in, but we also need to save our money for our future single family home. Our current townhome will, within 2-3 years, most likely become a rental. So, we need to weigh the desire to upgrade the home we live in now, with our desire to purchase a new home. If I were going to make a list of all the other things that I want to do to our current townhome, though, it would look like this:

All right. That’s it! Whew!

Even though we have a lot of projects on our to-do list, we both really love our current townhome. There’s plenty of space for both of us and Snoopy – and even enough space for a future baby. It’s in a great location in a nice complex and, well, it feels like home:-) Here are some pictures of our very first home together: 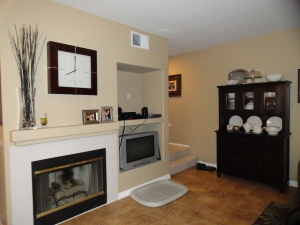 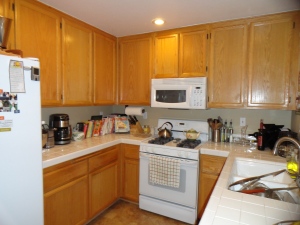 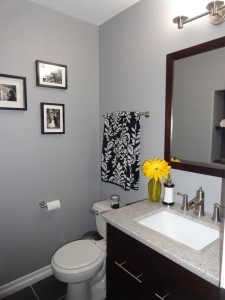 I'm a Midwest transplant in SoCal...spending my time exploring, questioning, reading, writing, baking, skiing, and running.
View all posts by Carrie →
This entry was posted in Home, Our List and tagged diy, home improvement. Bookmark the permalink.